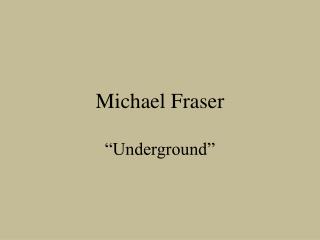 Michael Fraser. “Underground”. Underground They came like caged birds railed out in bottoms of sunken wood crates, their nostrils pickled in sour stench coats, summer’s humid claws baked them weak as crickets squeaked wings under slow moving stars even near the border,