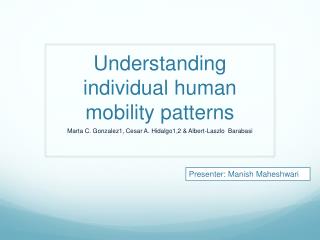 World Human Patterns - . population growth. about 10 000 years ago there were about 10 million people worldwide in 1950

UNDERSTANDING PATTERNS OF ACTION - . there will be no lecture in the week october 13 – 17. this will be a ‘private

Patterns in Human Geography - . human settlement population distribution and land use living and working conditions in