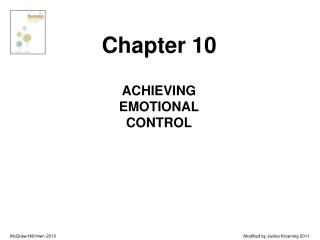 Achieving Mental and Emotional Health - . chapter 3. discussion. what is your definition of mental and emotional

Emotional Control (4 th C) - . for this section you need to be able to define 5 words. motivation – a psychological

UNIT 2- Achieving Mental &amp; Emotional Health Chapter 3 - . everyone has setbacks and disappointments how do you

Does Hypnosis work to control Emotional Disorders? - By using emotional disorder hypnosis in philadelphia, you can cure