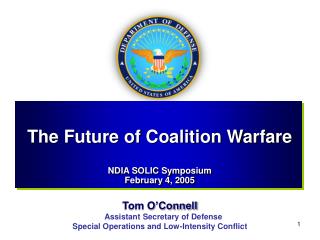 Office of the Assistant to the Secretary of Defense Nuclear and Chemical and Biological Defense Programs - . stockpile

ASD SO/LIC&amp;IC Responsibilities - . senior civilian advisor to the secretary of defense on the operational