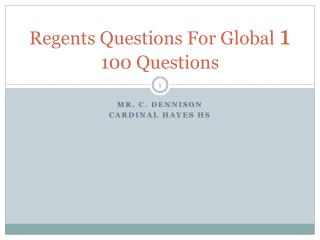 Regents Questions For Global 1 100 Questions. Mr. C. Dennison Cardinal Hayes HS. During which period did the domestication of animals and growing of crops first occur?. Neolithic Revolution. The _________ of a nation or region influences its development. geography. Questions? 1. - Questions? 1. explain the relevance of meteorology in aviation: links between aircraft operations and

Questions #1 - . what happens to reactants during a chemical reaction? a. they are unaffected by the

ACP-100 Exam Questions - Hi, my name is mr. pattrick and i got my acp-100 certification prepare and pass with the help of

CWS-100 VCE Questions - At vcetests, we believe in quality and effectiveness of exam study material to help students in

CWT-100 Questions Answers - Get your cwnp cwt-100 exam dumps by certs4you.com. certs4you is the best source to get the