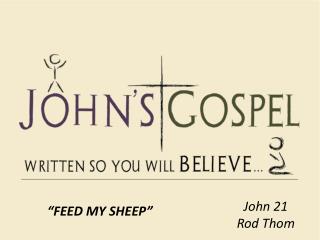 John 21 Rod Thom. “FEED MY SHEEP”. What has impacted you as we have journeyed through the Gospel of John this year? . FEED MY SHEEP. John 7 Rod Thom - . “who do you say i am?”. http://olivetreemedia.com.au/the-apologetics-series.aspx. “who do you

John 21:15-23 - . please read with me from:. 3 priorities of life. face reality face responsibility face our destiny.