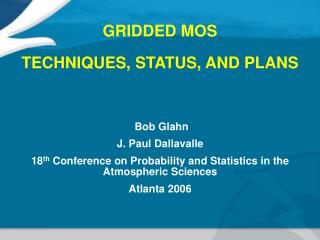 GRIDDED MOS - . starts with point (station) mos essentially the same mos that is in text bulletins number and type of