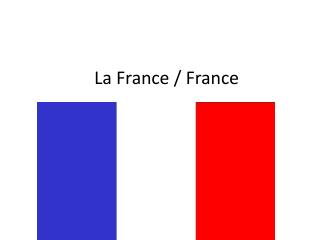 La France / France. Origine of the Name « France ». The name France comes from latin Francia which literally means « land of the Franks  » or « Frankland ». The Fall of New France - . grade 7 history. new france vs. british colonies. the government of new france was very

France - . by patrick. the capital of france is paris. the major cities in france are paris, bordeaux, lyon, nice and

France - . by :kejueon davis and dequvan nard. paris. the capital of france is paris this is paris/france. the population

The Huguenots and War in France - . by kenia gomez. huguenots. french protestants most followed the teachings of

France - . the first thing a 10 year old boy might think of about france is the ireland vs france football match and