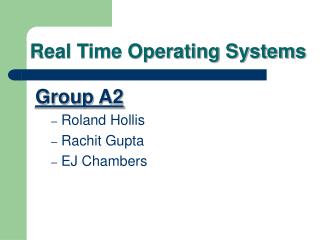 Fundamentals of Embedded Operating Systems - . operating system. exploits the hardware resources of one or more

The Use of Real-Time Simulation Technologies: Applications to electric Drive, Power Electronic and Grid Systems. - The