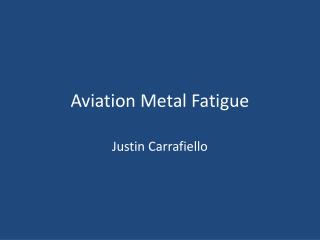 An X-Ray of Fatigue in Aviation Safety - Charles a.

Fatigue Risk Management System , -in the aviation industry - . why may fatigue be a safety concern ?. associated with

FATIGUE - . what is fatigue. fatigue can be defines as extreme tiredness resulting from mental or physical illness.

Fatigue - . powerpoint - for use in conjunction with 5-minute safety talk. fatigue. 1 in 3 adults doesn’t get enough