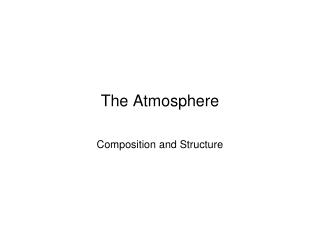 Chapter 17 - . the atmosphere: structure and temperature. intro. to unequal heating…. why is it colder toward the poles