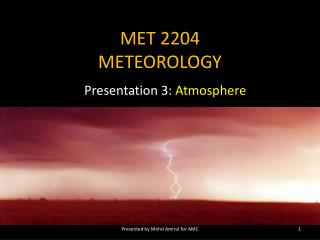 A ‘B-matrix’ for convective-scale variational data assimilation - Title: tba (transforms for a b-matrix in

A Comparison study of convective precipitation by using RegCM4 over Indonesia Region - . by. kadarsah , dodo gunawan,

1. INTRODUCTION - Overview of the impacts, vulnerability and adaptation of climate change for agriculture in different

A System to Allow Orderly Evacuation of Cities - During airborne release of toxic substances. a presentation to the

ATMS 316- Mesoscale Meteorology - . packet#2 how do we quantify the potential for a mesoscale event to occur?.