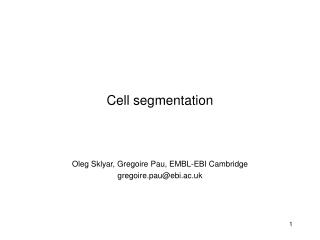 Market Segmentation, Targeting and Positioning for Travel and Tourism - . objective: introducing the meaning of marketing

Segmentation &amp; Fitting - . dan witzner hansen. today (and some of next week too). review data fitting