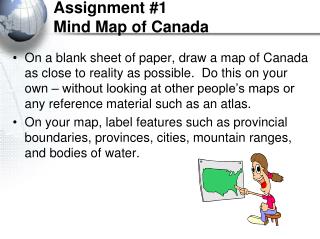 Assignment #1 Mind Map of Canada. On a blank sheet of paper, draw a map of Canada as close to reality as possible. Do this on your own – without looking at other people’s maps or any reference material such as an atlas.