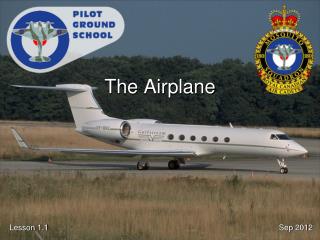 The Airplane. Reference. From the Ground Up Chapter 1: The Airplane Pages 3 - 14. Outline. Airplane and Parts Construction Materials and Stresses Loads and Load Factors Logbooks and Inspection Aircraft Classes and Categories. The Airplane. Aircraft - Any machine capable of flight Airplane - . we have been discussing the “scientific method.” it is a way of figuring things out. now we will focus

PAPER AIRPLANE - . folding instructions. #2 turn down top corners. #1 fold in half lengthwise. #3 fold point down to