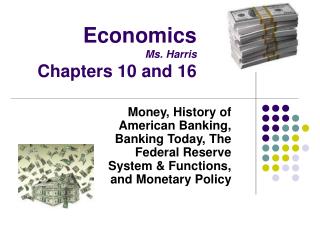 Review of The Economics of Zoning Laws by William Fischel, Chapters 10-12 - . note by austin troy for nr 277 university

Economics - . the clear choice. why economics? why uwm?. economics is an interesting and challenging subject at uwm you

Welcome to Economics - . economics is a required course for graduation. a great economist once said that economics is

The Principals of Economics - . chapters 1-2. economics. the effort to satisfy unlimited wants with limited means choice

Naked Economics - . introduction and chapters 1 &amp; 2. choose one of your passages (chapter 1). write the passage

The Holy Book of Genesis - The outline of the book of genesis the first division, chapters 1-11 the creation (chapters

Presented by: Anthony Harris Centre for Health Economics, Monash University - The determinants of pbac recommendations to