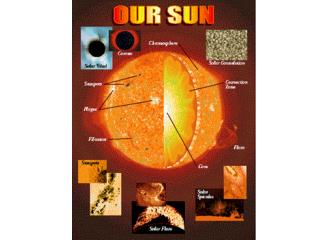 Sun. The Sun. Living in the solar system, we have the chance to study, at close range, perhaps the most common type of cosmic object—a star. Sun, glorious sun!!! - . all: will have had a fun lesson using the flip camera. this will help build your confidence

Sun - . by: dylan beyerlein - architectural design ii. the sun. the sun is a key component in life for: surviving, food,

Sun - . group members are these: christopher o cas emily l and jham d epaz. what is the sun ?. layers of the sun. the

SUN - . luo jia yue. mankind will not remain on earth forever, but in its quest for light and space will at first timidly

Sun - . what do we know about the sun?. http://www.nasa.gov/multimedia/imagegallery/image_feature_21.html. the sun is a

Sun - . the itsy bitsy spider went up the water spout. down came the rain and washed the spider out. out came the sun and

Sun - . planets orbit around it. it is a star. the center is 27 million degrees. gracie &amp; brisco. mercury.

Sun - . the sun is the star at the center of the solar system. it is perfectly spherical and consists of hot plasmas

Sun - . interesting facts. the sun is 93 million miles away from earth. the surface of the sun temperature is 10,000