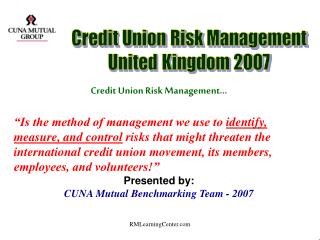 Credit Risk Management - . importance. no risk can be ignored…… risk management transferring the risk to some one who