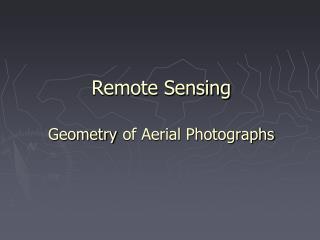 Introduction to Remote Sensing Lecture 11 - Remote sensing. so far, we have aimed to answer the following questions:why