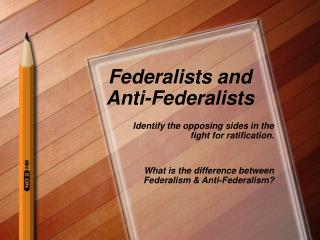 Federalists and Anti-Federalists. Identify the opposing sides in the fight for ratification. What is the difference between Federalism & Anti-Federalism?. Review. What were the major debates when approving the constitution?. Review. Small vs. Large North vs. South. Review.