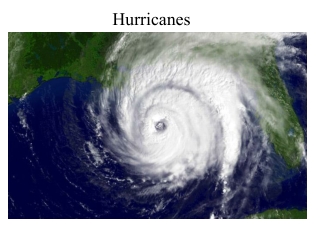 Hurricanes. Definition. A tropical cyclone with sustained one-minute winds of at least 74 mph (64 knots), at an elevation of 10 meters.

Hurricanes - . what is a hurricane?. a hurricane is a tropical cyclone that has winds of 74 miles per hour or more.

Hurricanes - . (project based of webquest ). characteristics of a hurricane. hurricanes are areas of low air pressure

HURRICANES - . what are they?. hurricanes are large, rotating storm winds of tropical origin with wind speeds of at least