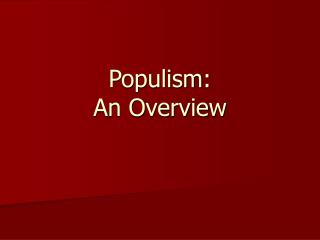 Populism: An Overview. Populism. A general definition: A political philosophy supporting the rights and power of the people in their struggle against the privileged elite. My ADP Resource Employee Web Overview - . my adp resource: website overview. with just a few clicks, you can… view and