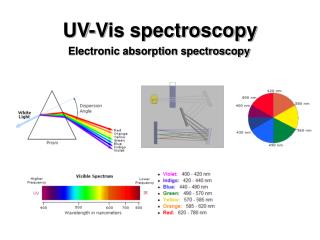 Applications of UV-Vis Spectroscopy - . molar absorptivity. we have seen earlier that validation of beer’s law is