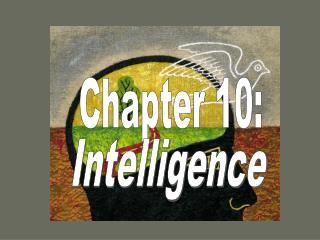 Chapter 10:. Intelligence. What is Intelligence?. Intelligence (in all cultures) is the ability to: 1.learn from experience 2. solve problems 3. use our knowledge to adapt to new situations. .