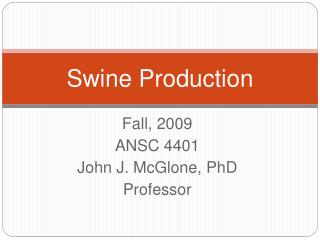 Swine Production - . agri-science mr. bailey. make a “t” chart on your paper. situation. we have been informed that

Swine (Pig) Production - . swine history. even-toed hoofed animal genus; sus in the mid-west hogs are on 1 out of every 3