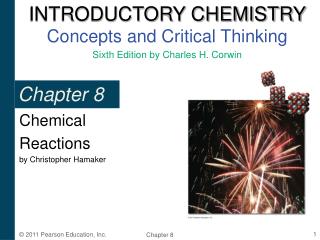 Chapter 8. Chemical Reactions by Christopher Hamaker. Chemical and Physical Changes. In a physical change , the chemical composition of the substance remains constant. Examples of physical changes are the melting of ice or the boiling of water.