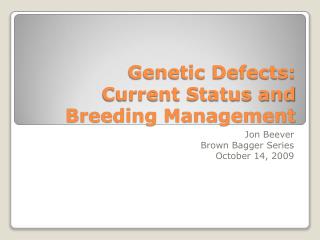 Defects in Timber - . timber develops many growth characteristics during or after milling. these may be considered

Genetic Testing - . lecture 8. overview of genetic testing. genetic diseases often depend on the genotype of an