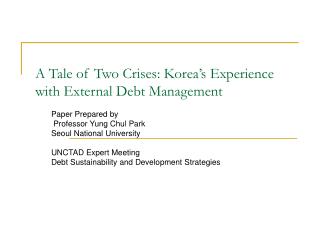 South Korea - . aden wolfe . south korea . located in eastern asia located on the southern half of the korean peninsula

Republic of Korea , South Korea - . the modern history of south korea is only about 60 years. late 1950s of seoul, south

N. Korea Review - . where is n. korea located?. what year did korea split into 2 countries?. where is it divided?. what