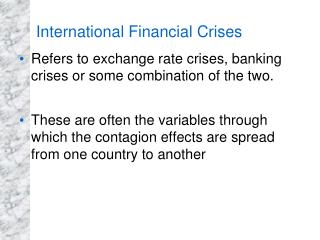 International Financial Crises. Refers to exchange rate crises, banking crises or some combination of the two. These are often the variables through which the contagion effects are spread from one country to another. Economic integration = opportunities for growth and development but also =