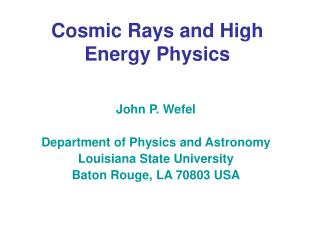 Computational Plasma Physics - . aims. to “cage” the cosmic medium: plasma. get controle over its diversity. get an

Understanding the PHYSICS of the Cosmic Times Inquiring into the Nature of the Universe - . adapted from dr. james