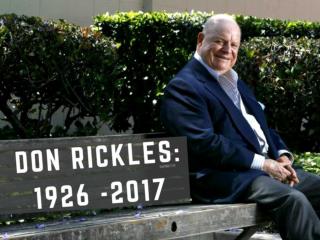 Comedian Don Rickles died at his Los Angeles home from kidney failure at the age of 90.

Chuck Berry: 1926-2017 - Chuck berry, one of rock'n'roll's most influential guitarists and the creator of raucous anthems