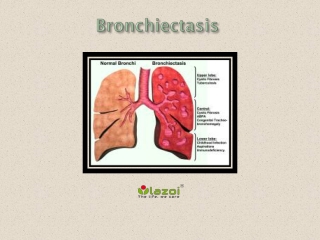 Bronchiectasis - . bronchiectasis is the term used to describe abnormal dilatation of the bronchi . it is usually