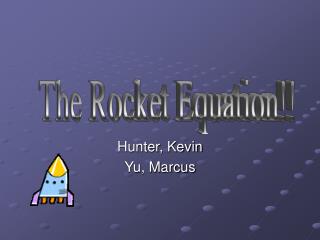 The Rocket Equation!!. Hunter, Kevin Yu, Marcus. These Next Few Steps. Using the Newton Law of motion and some outside research, we will derive the basic equation that describe the rocket launching motion. The differential equation will give us the rate equation modeling the rocket. Hunter Smith And Kevin Fuquay Per. 5 - . what is emp?. the term electromagnetic pulse (sometimes abbreviated emp) has

Abraham Lincoln Vampire hunter by Kevin Peralta R1 - . why i like this book…. because it like it makes you want to