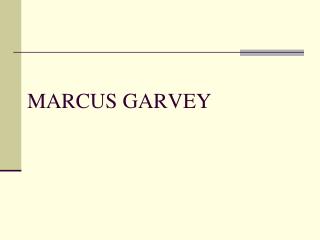 MARCUS GARVEY. BEGINNINGS. Born in St. Ann’s Bay, Jamaica He was an avid reader; he imagined giving speeches before adoring crowds. He was ambitious and was determined to get out of St. Ann’s Bay. Education.