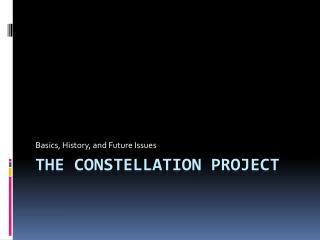 SOFTWARE PROJECT MANAGEMENT - . by dr.s.santhosh baboo. project:. the dictionary definition put a clear emphasis on the

Introduction to Project Management session 1 - . project management. over the course we will look at: projects and their

Mail Network Optimisation Project - . introduction of the project to the unions. july 15, 2010. explaining the project

Project Management Basics - . what project professionals do. outline. what is a project??? what is project management