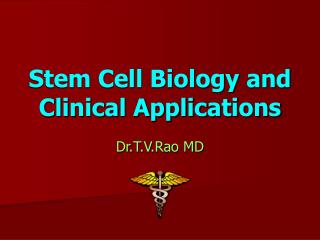 Stem cells are identified as source to regenerate the degenerated organs and tissues.Several scientific organizations have mastered the science of stem cell. The suffering humanity look for alternative source to rehabilitate them from the present incurable disease Cell Biology - . what is a cell organelle ?. organelles are inside cells and they help to make the cell function. some

Cell Biology - . by c. kohn agricultural sciences. biology &amp; agriculture. in order for any agriculturalist to

Cell Biology - . essential question. cell. name those who added to the cell theory ; what did each contribute?.

Cell Biology - . what is a cell?. video http://www.youtube.com/watch?v=zufan_aetzi&amp;feature=fvw. key terms and

Cell Biology - . cell structure. levels of organization. the levels of life are organized hierarchically: …from