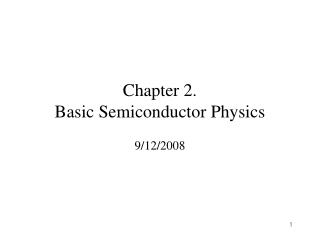 Semiconductor Laser Physics - . “ one should not work on semiconductors, that is a filthy mess; who knows whether they