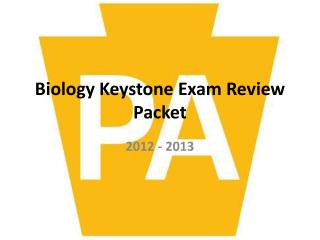 Biology Keystone Exam Review Packet. 2012 - 2013. Which characteristic is shared by all prokaryotes and eukaryotes? Ability to store hereditary information Use of organelles to control cell processes Use of cellular respiration for energy release Exam 1 Review - . exam 1. a lot of you found the exam to be very difficult as evidenced by some low scores. if you did

MID YEAR BIOLOGY REVIEW - . excerpts from powerpoints used in class (with one exception) during the first semester. blank

CS 61b: Final Review - . data structures amir kamil and jack sampson. disclaimer. we have not seen the exam. we do not

SOL BIOLOGY REVIEW - . everything you wanted to know and then some…. general information. 60 questions 10 are research