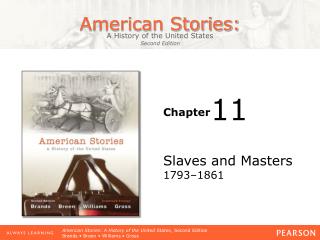 11. Slaves and Masters 1793–1861. Horrid Massacre in Virginia (1831) A composite of scenes of Nat Turner’s Rebellion, an illustration from a book entitled “Authentic and impartial narrative of the tragical scene which was witnessed in Southampton County [New York, 1831]. The Reign of Terror - . the committee on public safety. the arrest and expulsion of the girondists (may-june, 1793).

Civil War and Reconstruction - . civil war. begun not to end slavery but to stop the south from ceding from the union.

Slavery Continued - . review. how long has slavery been around for? what do slaves look like? when did slavery start in

Southern Slavery - . eli whitney and the cotton gin (1793). reduced number of slaves needed to separate seeds from the

Women, Slaves, &amp; Indians in the Revolution - . african americans during the war. inspired hopes of freedom from