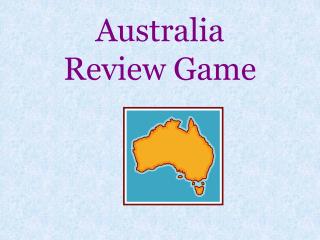 Grammar Review - . 1. the deafening crowd cheered the tired sweaty pitcher through his last inning of the game. 2. m y

Chapter 1 Review Game - . world studies. bell ringer. we are playing a review game today! you may have out your notebook

Government Final Exam Review Game - . directions. select a partner to compete against. place the game pieces on your desk

US History Review Game - . cacoyanudo. which of the following were reasons for english colonization? a) religious

Waves Review Game - . what section of the ear is responsible for “capturing” vibrations?. outer ear. what part of the

Review Game :)) - . skyler mary pj. which equation best describes the relationship between x and y in this table?. y = -