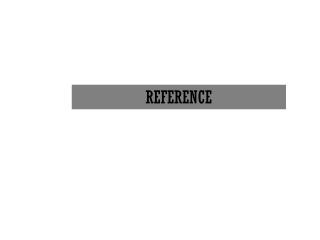 REFERENCE. R e f e r e n c e. Elements in a text refer to other elements (their referents) Achieved through the use of. pronouns. articles. Cataphoric Reference. Reference - In d&amp;c 68, the lord gave instructions to his missionaries. read the verses below and identify the

Reference - Anderson, c., (2007). why we need to teach technology in school [video clip]. retrieved from

Reference - . these slides, with minor modification and some deletion, come from u. of delaware – and the web, of