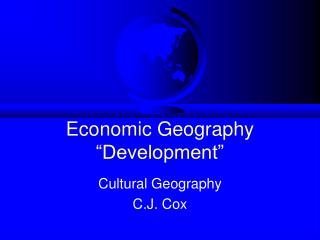 Geography Bee - . industrialization and economic development . “the growth of manufacturing activity in an

PERICLES - . pericles syllabus 1. historical context 1a geography, topography and resources of athens, attica and the

Human Capital: Education and Health in Economic Development - . 8.1 the central roles of education and health. health and