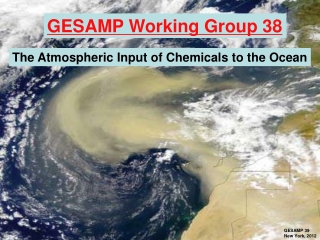 Working Groups launch - . today. what a working group is how they will operate what work they need to do finalise the

Selected GESAMP Reports - Grey literature in the life of gesamp, an international marine scientific advisory board ~ ~ ~

Report from GIFS-TIGGE working group - . richard swinbank, and young-youn park, with thanks to the gifs-tigge working

GESAMP Working Group 38 - . the atmospheric input of chemicals to the ocean. gesamp 39 new york, 2012. recall the