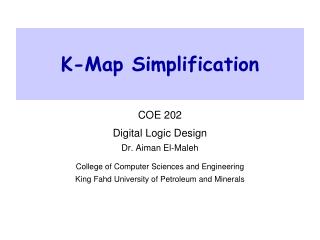 More Simplification - . lecture notes 7. 1. introduction. in this note, the method of using karnaugh maps is going to be

Algebraic Simplification - . lecture 12. simplification is fundamental to mathematics. numerous calculations can be