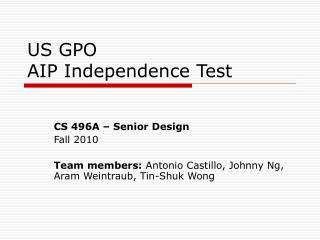 Toward Independence: Years of Decision 1763–1775 - . the great war for empire contained a mixed legacy for the british

U.S. Constitution Flash Cards - . make these cards and you will do great on the test!. who was the author of the