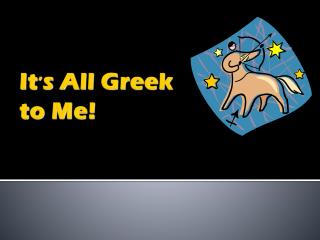 It ’ s All Greek to Me!. What is an EPIC?. A long, NARRATIVE POEM that tells of the adventures of heroes who in some way embody the values of their civilizations. The heroes of epics teach us VIRTUES to live by. . What makes something EPIC?. Epic hero Epic plot Epic setting. The Characteristics of the Greek Hero - . when you think of the word “hero,” what comes to mind?. masked men in

The Structure of Matter - . pioneers of the atom. democritus lavoisier dalton thompson milliken rutherford bohr. the