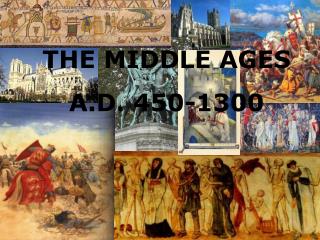 THE MIDDLE AGES A.D. 450-1300. What happened during the Middle Ages? Take this true and false quiz. Chess was introduced in England. The Vikings developed the art of shipbuilding. Hats came into fashion. Feudalism developed. Crossbows were used in France. Marco Polo visited China. The Middle Ages A.D. 500 - . today’s aim: to understand the geography of europe and identify how new kingdoms emerged.

Life in the Middle Ages, 900-1300 - . manorialism. the manor was an agricultural estate run by a lord and worked by