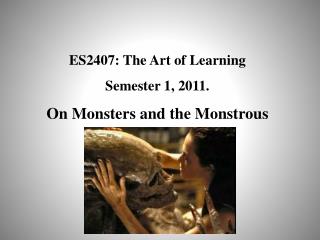 ES2407: The Art of Learning Semester 1, 2011. On Monsters and the Monstrous. Consider the following:- The Monsters Are Due on Maple Street - . 1. physical and atmospheric setting before the aliens come. physical –

Second Semester Test Practice - . for each of the following questions, record your answer on your paper before advancing

Learning - . chapter 5. define learning. learning is a relatively permanent change in behavior as a result of experience.