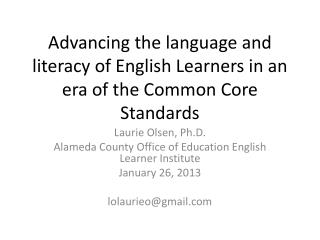 “Building the Base” with Common Core State Standards - . how will the new common core improve teaching and learning

Vocabulary Role-Play for English Language Learners - . using this strategy in the classroom allows students the