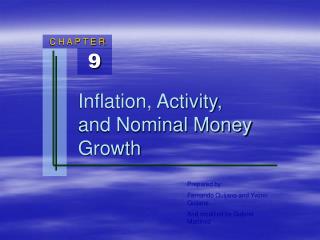 Inflation, Activity, and Nominal Money Growth. The Volcker Disinflation . In October 1979, the Fed, under Paul Volcker, decided to reduce nominal money growth and decrease inflation, then close to 14% per year. Five years later, after a deep recession, inflation was down to 4% per year. Decision Making in Finance: Future Value of an Investment - . vi.a student activity sheet 1: you have to get money to

Nature and importance of - . meaning of market. an actual or nominal place where forces of demand and supply operate ,